Summary
On BBC Radio 4’s main call-in political show Any Answers last Saturday, I listened to a most eloquent and worldly wise attack against leading Tory MP, Michael Fallon who the day before on Any Questions, expressed his support for Panama’s, and all nations’ tax “competitiveness”. Caller Dan (from Woking) suggested instead that we should have international tax cooperation. In this blog I delve deeper into the profound global implications behind both their comments.

Tax competition. Really?
Defending the UK Prime Minister’s delayed admission to benefiting from his father’s shares in the exposed Panamanian company, Mossack Fonseca, Michael Fallon MP (Secretary of State for Defence) went on to reveal his deeply held values that “There is tax competition!” (Between the lines… “Deal with it!”) “We like to, in this country, keep our tax low enough to attract inward investment from elsewhere and I am not against the principle of tax competition.”

Dan’s repost was devastating. “I was dismayed when Fallon expressed his support for tax competition. In order for there to be competition, there needs to be choice. The vast majority of British workers don’t have any choice about how much tax to pay or through which particular tax regime in the world they are going to channel their income. So it’s a complete double standard then which reinforces this very strong perception that people have, and quite rightly, that there is one set of tax rules for the very rich, the very powerful and another for the rest of us.”

Dan added that “This whole scandal shows that we should not have tax competition but tax cooperation and that’s why I’m dismayed that a representative of the UK government is basically endorsing all of this jiggery-pokery which is completely inaccessible to the vast majority of us and can only, in the end, result in a race to the bottom.”
In my opinion, Dan fully understands that this race-to-the-bottom concerns humanity as a whole and the planet and also how full-spectrum global cooperation concerning a range of issues can reverse this downward spiral. 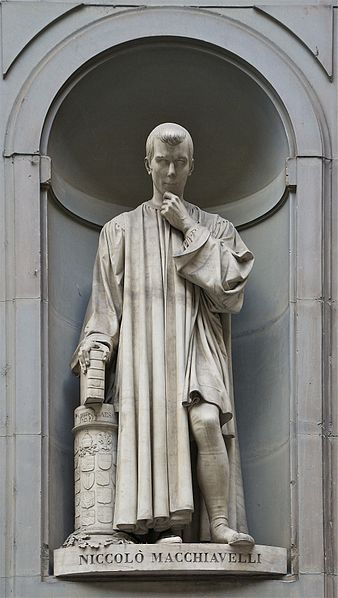 Global Machiavellianism
What Fallon, and his leader are ultimately condoning is international divide and rule, “global Machiavellianism” where all nations are pitted against each other to be the most business “friendly”, the most tax “attractive.” This is where globally mobile elites can go “nation shopping.” They can take their finance and their corporations and relocate to nations boasting the least corporation tax, where big employers can pay the lowest wages, be bound by the least protective labour laws and where large polluters face the least stringent environmental laws.

The need to maintain “International economic competitiveness” in a globalised world is reiterated as political realism by those who benefit most from it. It is used to evoke fear of change, fear of breaking away from a right-of-center economic orthodoxy. It is used by so-called realists as a challenge to would-be supporters of political parties suggesting progressive policies. The argument goes that if a nation’s democratic will shifts to the left then they should fear to suffer a “first mover economic competitive disadvantage.” This would be, so the looped narrative goes because multinational corporations fearing greater regulation and costs would take their investment, factories and their jobs to other more competitive nations.

The same threats are wheeled out by the same branch of neo-liberals, and by multi-national corporations in each nation around the world each time they are faced with progressive regulation. Neo-conservative ownership or trusteeship of the main media channels gives this argument traction. But more than an argument, it is a direct threat to each and every nation’s democratic sovereignty and economic security. It is the same argument used by those who benefit most from global laws set behind closed doors, laws such as TTIP, TPP, TISA and CETA. The same argument made by those who are content to live in a world where the majority suffer capitalism and austerity in the form of privatization and social spending cuts and where the minority enjoy tax breaks, tax avoidance, corporate subsidies and bailouts i.e. socialism. The same people who believe that those who don’t value extreme wealth, privilege and influence are feckless and without aspiration.

Dan calls for global cooperation
To me, Dan’s outlook is steeped in hope, optimism yet also realism. He understands that the next phase of human history compels us to find a way to agree on a raft of global laws which will benefit us as a whole and the planet. Global laws which could be implemented by nations in a cooperative way thus creating a level playing field so that no nation would lose out by enacting them. Laws which govern tax, climate change, money creation, war, gender equity, poverty, human rights and mass extinction, e.g. issues which are globally systemic and completely interconnected.

We need to stop being timid with our global governance. We require legally binding laws, not the loose goals or targets such as the U.N. Millennium Goals or Paris Agreement to tackle climate change. This is what Fallon would be championing if he were a real internationalist.

How do we get the world to agree on global regulation?
We should unite followers of the emerging progressive political movements around the world, Podemos, Syriza, supporters of Jeremy Corbyn, Bernie Sanders etc by encouraging them to co-create, to crowd-source internationally binding laws and regulations which benefit humanity and the planet. Utilising social media and e-democracy platforms we could suggest, debate and vote on globally cooperative policies to tackle global problems. If progressive movements everywhere developed greater policy unity, then strategically they would form a more coherent, powerful political front and in doing so appeal to more cautious mainstream voters. Also, for good measure, we should take to the streets to demand the right kind of global cooperation.

Who is promoting this initiative?
I invite you check out Global People Power who are bringing people together to tackle global problems, problems which are bigger than any nation can tackle alone. Extreme wealth is no longer a prerequisite of being globally powerful!