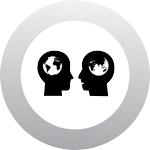 From Wikipedia: A citizens' assembly (also known as citizens' jury  or citizens' panel or people's jury or policy jury or citizens' initiative review  or consensus conference or citizens' convention) is a body formed from citizens or generally people to deliberate on an issue or issues of local or national or international importance.[1][2][3][4][5][6][7][8] The membership of a citizens' assembly is randomly selected, as in other forms of sortition. It is a mechanism of participatory action research (PAR) that draws on the symbolism, and some of the practices, of a legal trial by jury.[9] The purpose is to employ a cross-section of the public to study the options available to the state on certain questions and to propose answers to these questions through rational and reasoned discussion and the use of various methods of inquiry such as directly questioning experts. In many cases, the state will require these proposals to be accepted by the general public through a referendum before becoming law. The citizens' assembly aims to reinstall trust in the political process by taking direct ownership of decision-making.[10] To that end, citizens' assemblies intend to remedy the "divergence of interests" that arises between elected representatives and the electorate, as well as "a lack in deliberation in legislatures."[11]

<p ">Together we can tackle the causes of problems that are bigger than any nation can tackle alone. The means, technology, and corresponding global policies to tackle the causes of global threats already exist.
As more people become Earth Citizens, so too will the legitimisation and legal binding status of the parallel global governance decisions made by Earth Citizens’ Assemblies.

Just like politicians, Earth Citizens don’t need to be experts on any issue but, during the Citizens’ Assembly process, they will become experts - experts free of party political influence, career aspirations and funding corruption.

Based on the  "principle of subsidiarity”, power and decision-making autonomy will be devolved as close to home as possible. Citizens’ Assemblies of the appropriate scale of complexity e.g. community, regional, national, continental and global will procure policies to tackle issues relevant to the scale of each. This principle ensures against a “one size fits all” imposition of uniformity and cultural homogeneity.

Each subsidiary sphere of influence can then, if they choose democratically to do so, cooperate for the good of the whole in an interconnected world.

In this way, humanity can gain democratic sovereignty free from corruption and the tyranny of centralised power.

For the benefit of humanity as a whole and the living planet, Earth Citizens’ Policies can be debated and voted on by everyone.

Existing non-democratic global agreements set behind closed doors by and for the benefit of globally mobile elites will be overruled.

These policies to tackle global problems are popular with the global justice movement. Earth Citizens’ Assemblies would deliberate upon policies such as these.

Together, Earth Citizens are creating a democracy fit for the 21st century based on the cooperative regulation of transnational corporations for the good of humanity and the planet.

Earth Citizens will take responsibility and tackle the causes of planetary challenges by creating a new local national to global participative democratic system.

Earth Citizens will pull nations to cooperate with each other to make global justice policies happen. In doing so, we will reclaim our democratic sovereignty in a globalised world.

We will overcome the key political issue of our age, the divisive power that oligarchs hold over national governments.

No longer will oligarchs be able to hold national governments to ransom. Under the threat of relocating to other more” business-friendly” nations, no longer will transnational corporations be able to demand full spectrum privatisation, reduced public spending, corporate subsidies, lower rates of corporation tax, the suppression of trade unions and weaker employment and environmental protection rules.

Together, Earth Citizens will create a democracy fit for the 21st century based on the cooperative regulation of transnational corporations for the good of humanity and the planet.

With increased global intersectional equality in opportunity, health, wealth, sustainability, and safety, people will no longer be forced to leave their homes and the people they love in order to access what they need to survive. If people want to leave their homes, the driver will be one of curiosity and a broadening of one's horizons, not need.

Through the power of subsidiarity, devolved power, and autonomy we expect to see an increase in borders, but less hard borders - nor support for them. We expect more local and national autonomy, more systemic thinking, and agreement to cooperate for the good of the whole world.

The colonialist geopolitics of “full-spectrum dominance” through International Divide-and-Rule will become outmoded via international democratic cooperation.

No longer fearing threats to their sovereignty, many non-democratic governments will see the benefit in allowing fellow citizens to participate in Earth Citizens’ Assemblies and then subsequently to cooperate in the implementation of their proposals.

Conversely, with the threat of colonial interference removed, it will be much harder for autocratic leaders to use International Divide-and-Rule as a rationale to hold on to power. Their pillars of support would therefore melt away. Uprisings of citizens wanting to participate would increase in intensity and would likely become irrepressible.

How do we avoid the co-option of this process? How do we overcome being told “that we have won” whilst we are simultaneously undermined and divided from within?

The best way to ensure against co-option by powerful vested interest groups is through decentralisation, wealth and power distribution through the cooperative ownership and governance of all systems be they of governance, economy or infrastructure.

Humanity can be free from resource poverty and materialistic enslavement through access to non-scarce, sustainable resources. This can be achieved through the removal of falsely created scarcity, price hikes, and “rentierism” in the form of money, energy and land rights/ownership.

With the creation and allocation of debt money no longer decided upon by a handful of multinational bank CEOs (presently allocated predominantly on house and financial market speculation), sufficient sums of money, and its allocation, can be democratically chosen via National Citizens’ Assembly Money Creation Committees. More money can be created for the real economy, innovation and green technology.

Money for innovation, infrastructure and public services can also be gained from a Land Tax. Half of England is owned by less than 1% of the population.

By outmoding the root cause of the need for perpetual GDP growth (debt-based money creation) we will no longer be compelled to produce more and more consumer disposable goods simply to fill a debt hole that can never be filled. We will no longer be forced to take more wildlife out of the food chain to service odious debt, whilst also ensuring our self-deselection from the food chain.

We can and will all have a better standard of living than most people in “rich nations” do now whilst within our sovereign planetary boundaries.

With humanity no longer dependent upon increasingly scarce resources of fossil fuels via a Global Renewable Energy Grid (GREG) the whole of humanity can attain a high standard of living without destroying the planet and without the need to fake an ethical war which everyone really knows is a geo-political grab for resources and to increase religious divisions.

+Values and Culture
Mainstream evolutionary psychologists state that cooperation, empathy and a strong sense of fairness were the key ingredients which led to the evolutionary success of our species. For the vast majority of us these remain our most dominant values.
Systems science maintains that everyone and everything is not separate, but interconnected and interdependent. All life exists as interrelated systems with varying degrees of complexity.

So, we human beings are bizarre super-cooperators living in an interconnected world, despite what we are led to believe by the few who profiteer from division.By outmoding the paradigm of “International Divide-and-Rule” no longer will person be pitted against person and nation against nation. We can begin to live how most of us really want to live – with kindness, care and empathy. Not only extending this regard to ourselves, our families, communities, nations and with those whom we identify with culturally, but for the whole of humanity and for the natural world.
Excessive competition within one level of complexity creates the need for higher levels of cooperative complexity to bring nested levels back into harmony. For example, an over-plus of competition between communities, city-states, and now nation-states each requires a higher level of cooperative organisation. For the first time ever, the survival of life on earth is at stake.

Nature, our nature requires we summon in the next phase of evolutionary complexity and cooperation in the form of global participative democratic regulation.