Promoted by the new Global People Power campaign, the demonstration is being held in solidarity with twenty five events taking place across six continents as part of the Global Week of Action for a World Parliament. The London demo has evolved to become a call for global unity among progressive anti-austerity, pro-democracy, environmental movements around the world by encouraging its’ supporters to co-create global policy. Demonstrators also will be invited to recognise and celebrate their common humanity in the face of a perfect storm of global problems.

The purpose of the day is highly ambitious; to debate, vote and find consensus on five provisional global policies to tackle global problems – problems such as climate change, mass extinction, war, gender inequity, debt-based economics and the divisive power that multi-national corporations hold over national governments.
Decisions will be shared among the twenty five other actions through social media. The process is beginning now on Global People Power’s e-democracy platform on Loomio (link below). 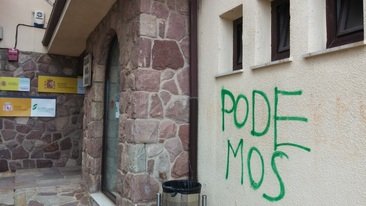 Laura Baker (Global People Power). “Let’s connect and empower progressive anti-austerity, pro-democracy movements around the world such as Podemos, Syriza, and supporters of Corbyn and Sanders through creating global policytogether to solve war, poverty and environmental destruction.”
Speakers so far: