Claim your Earth Citizenship.
Take the power back. 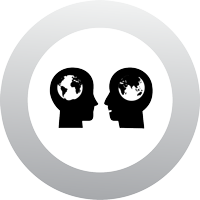 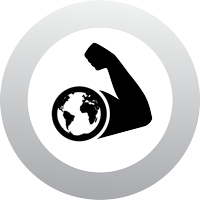 Strike and vote
for immediate action

Local to global
community and connection 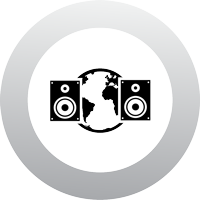 Celebrate our common humanity on the streets 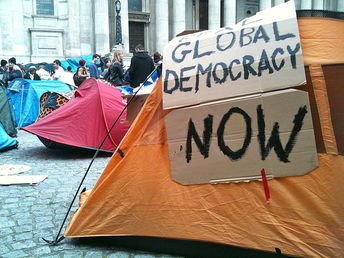 We are leaning over a precipice of nuclear, ecological and economic annihilation because all governments are corrupted by the divisive and dictatorial power that transnational national corporations, globally mobile oligarchs and autocrats hold over them.

Claim your Earth Citizenship and unite across borders through daily 1 minute Global Peace Strikes. As we grow in number, as we sense our collective power we will escalate our action and take the power back.

Global People Power’s vision is for Earth Citizens to assume democratic power and responsibility as a diverse human family united in tackling the systemic root cause of threats to all life on earth, International Divide-and-Rule. Earth Citizens’ Assemblies create rules without rulers; global policies to solve global challenges. Earth Citizens take Non-violent Direct Action to drive all nations to implement those policies immediately and unilaterally where possible or, where necessary, to set a date for their global cooperative implementation.

We are claiming our Earth citizenship alongside our national citizenship because we, humanity, have a dual responsibility. Tackling problems at home means taking care of the whole world too. We are taking global responsibility because those who are meant to be, aren't.

Together we can overcome divisive and oppressive systems by creating new systems that are participative and liberatory.

To tackle today’s devastating global challenges, war, pandemics, economic meltdown, climate breakdown, mass extinction, inequality, forced migration, etc. we need wealthy nations to take the lead where they can, and for all nations to cooperate globally with each other too.

Instead of taking individual or collective responsibility, nations focus all their resources on competing with each other. This is driving a geopolitical race to global destruction.

With our so-called “world-leaders” merely pretending to be in control having given power and responsibility away to entities that work beyond national borders, they have created a democratic power vacuum.

Overt Authoritarian IDR: This vacuum is being swiftly filled by far-right oligarchs, demagogues and autocrats. Their strategy is to scapegoat other nations, cultures and ethnicities as being the primary cause of problems that they themselves, and their Insidious IDR counterparts exacerbate. By sowing the seeds of chaos and shock they too increase their power over national governments, swell their profits in offshore tax havens all whilst inviting us to buy into a narrative of past nationalistic “greatness.” Their mission is global unity but by connecting border walls of ignorance, fear and hate.

How to decommission International Divide-and-Rule: Earth Citizens Assemblies (randomly selected policy juries) will be tasked with dividing solutions to global problems into two categories. Policies A. are those which each nation can act on alone and immediately without damaging their economy or their national security, and Policies B. policies that could threaten a nation's economic or national security and will therefore require global cooperative implementation.

This strategy would evidence as clear as day how there is far more action governments can take immediately and unilaterally to tackle global problems than they care to admit.

Citizens around the world will therefore be mobilised not only to force their governments to act immediately where they know they can, but also to force all nations to begin the process of cooperating globally too.

We are leaning over a precipice of nuclear, ecological and economic annihilation because all governments are corrupted by the divisive and dictatorial power that multi-national corporations, globally mobile oligarchs and autocrats hold over them.

Stand wherever you are, where you work, in front of your home, in silence.

As we grow in number, as we begin to sense our collective power, we escalate our action and take the power back.

(Caveat: We don't need to ask permission. Let’s start funding the ECRRA ourselves and make the existing system obsolete.)

Together, we will break down the walls that divide us. We will unite across borders to democratise the dictatorial global power held over our national governments and our lives.

Through our global grassroots cooperative action we will decommission the weapon of International Divide-and-Rule, the systemic root cause of threats to all life on earth.

By mobilising from within our communities and across borders we will enable the whole of humanity to assume democratic power and responsibility for peace, justice, sustainability and prosperity for all.

Mainstream evolutionary psychologists state that cooperation, egalitarianism, and a strong sense of fairness were the key ingredients which led to the evolutionary success of our species. For 95% of human history, these qualities remained the dominant form of social structure. For the vast majority of us still, they remain our most dominant values.

Systems science coinciding with a vast array of indigenous lived experience holds that everyone and everything is not separate, but interconnected and interdependent. All life exists as interrelated systems with varying degrees of complexity.

So we, human beings are bizarre super-cooperators living in an interconnected world despite what we are led to believe by the few who profiteer from division.

The cultural-linguistic heritage of both Insidious Neo-liberal and Overt Authoritarian systems of IDR can be traced back in time to a Proto-Indo European ancestry - a system of highly dualistic, patriarchal, Aryan white supremacist, colonialist, dominance hierarchy. These values fed into Greek philosophy, Roman Christianity, the enlightenment/the reductionist scientific revolution, globalised capitalism, and now both Insidious and Overt IDR.

Global People Power wants to enable humanity to break free from cultural systems of oppression and to begin the work of adapting and evolving egalitarian and liberatory social structures as a diverse human family faced with global challenges. We want to create new participative, cooperative and equitable feedback loops which balance out hierarchical, divisive and unequal feedback loops.

We want to enable humanity to live how most of us really want to live – with connection, care and compassion. Not only extending this regard to ourselves, our families, communities, nations and those whom we identify with culturally, but for the whole of humanity and for the natural world.

Through the act of claiming our Earth Citizenship, rooted in our communities and networked globally, we are melding egalitarian social structures with the latest systems science to drive systems change.

Try out our Systemoji Thinking Tool to help you communicate and act systemically in an interconnected world.

Or, as planetary problems bite harder, we can keep giving power away to authoritarian regimes who are uniting globally, and continue our march towards a...

Other people, nationalities and cultures are the problem, not the system.

Listen repeatedly to anthems which reinforce your sense of superiority.